Street on Sea
Can you see the sea from Street? A real quiz question. Yes; on a bright clear summer evening, from the top of Street Hill, when the sunshine catches the distant Bristol Channel. Nearby is the picturesque Chalet, or Youth Hostel. The sign “Teas” still applied up to World War II. 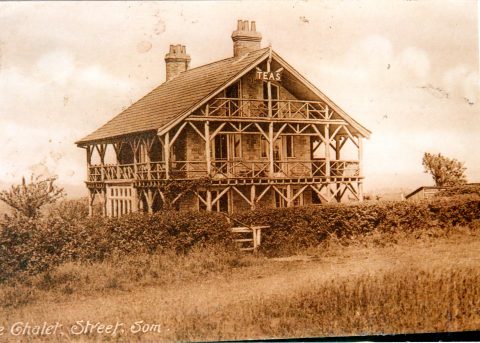 Merriman Park
Revd. James Merriman curate of Street, who became Bishop of Grahamstown in South Africa, is remembered by this small public park. Only the stone bottom of this memorial Sun Parlour survives, but the park as a whole is currently being restored and improved. Look for the intricate perimeter wood carvings, made from tree trunks of trees left in-situ when their tops failed. 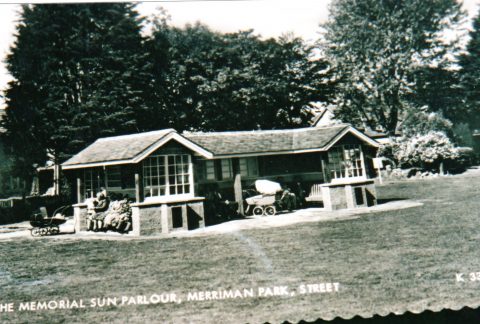 Birth of the Shoe Dynasty
Facing directly down Leigh Road and therefore unmissable, with its usually very floral front garden, Hindhayes was the birthplace of James Clark, one of the firms two founding fathers, with his brother Cyrus. The corner house opposite was once occupied by Victor Summerhayes, a very prominent expert on orchids, based at Kew Gardens. 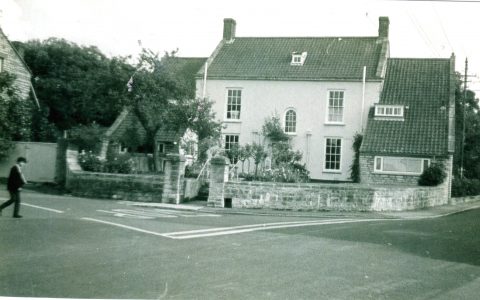 Holmcroft Mark Two
Recent retirement property just above the Street Inn includes a close replica frontage of Holmcroft, itself replacing Friend’s Charity Farm, named from the Society of Friends or Quakers. A uniformed servant stands in her mistresses’ side door. 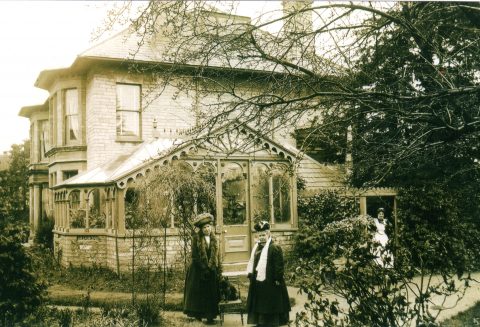 The Grange
From the food outlets area of Clarks Village is the most complete view of the elegant Grange, seen across the tree shades lawns. With Glastonbury roots, The Grange has been many things; including a haven for Belgian refugees from World War I and a school of Housewifery. 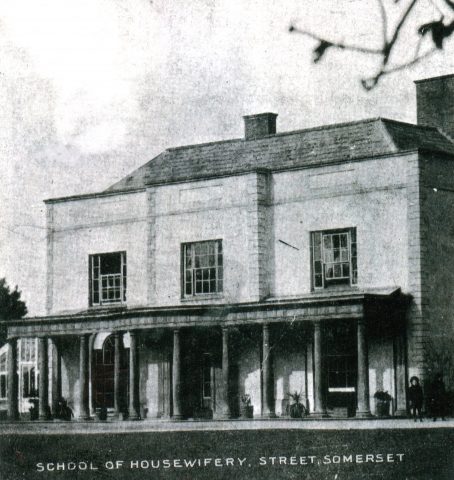 Quaker Charm
Interlinked with the Clark family, Quaker worship has long been followed in Street and Quaker principles upheld.
Dating from 1850, the present Meeting House has charming simplicity of New England buildings. Under the large old trees and the tiny modest headstones also remind one of a traditional North American burial ground 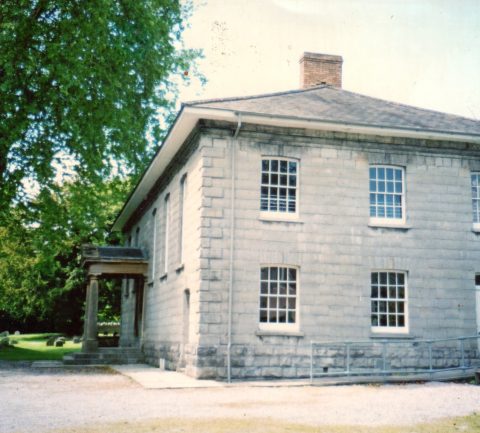 Crispin, our special Saint
About a century separates this view of Crispin Hall from its appearance today, overall there is little change. High on the tower is a carved scene of St. Crispin – the patron saint of shoemakers. 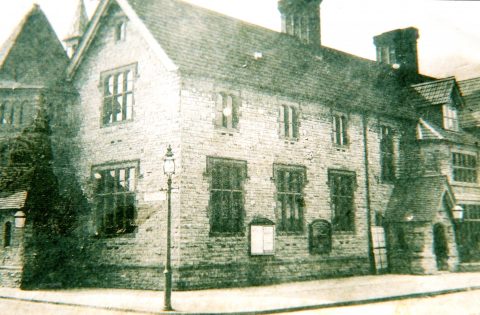 Spot the Differences
Bunting across the road identifies this scene as the summer of 1981, the wedding on Prince Charles and Lady Diana Spencer. As for the generations before, shoe shops abounded to attract buyers from afar. The names od Clarks and K shoes are close to Chard’s a trader still well remembered up to four generations back.

The shops names have changed, of course. But look up above and see how little the upper facades have altered. 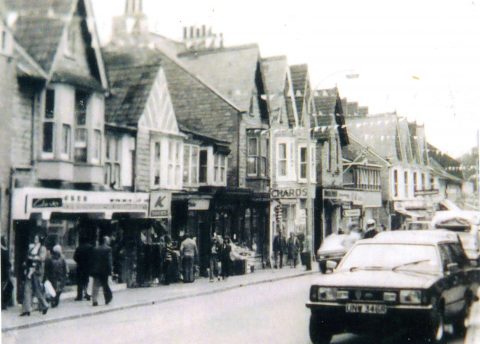 The Dry Bear
What could you never buy at The Bear, right opposite the factory until as late as the 1970s. A drink. During the teetotal temperance period, it became a coffee house without a licence. Not surprisingly, as factory works had patronised its undistinguished predecessor all too well for the Quakers’ liking. 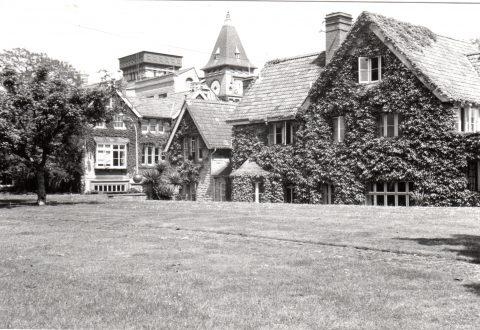